You need Javascript enabled on your web browser for this site to run properly. Please enable Javascript. 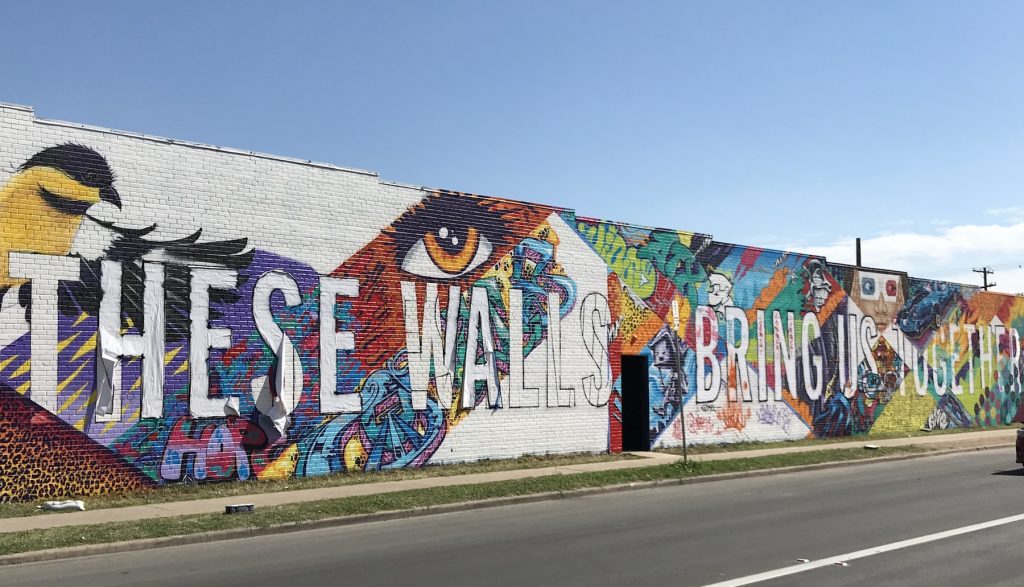 Hang up the cowboy hats, put the ukulele back in its case and leave the gin on the shelf, for TMS have returned from SXSW. Yes, we do it differently here, but for most of us, it was our first time. I have never had the urge to leave the confines of the office in the past 15 years to venture to Texas. There are so many events to go to that it’s easier to read and absorb the wealth of information than to make the journey. What else could I be missing out on? Knowledge is data and data is everything, right? 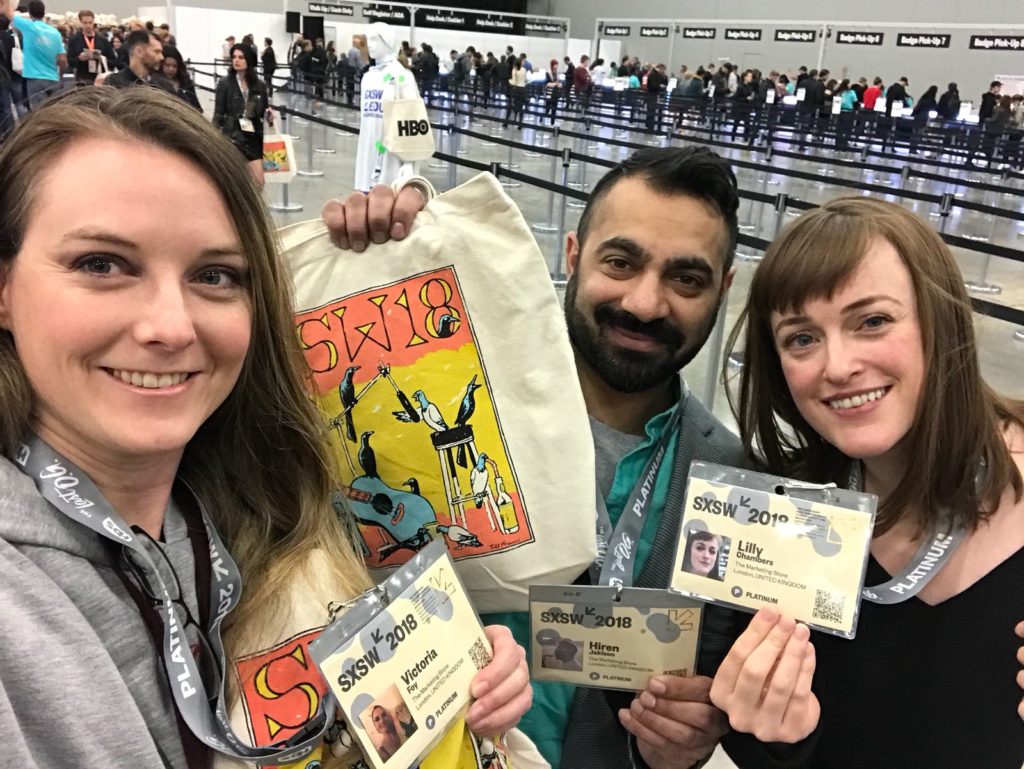 SXSW is for everyone and anyone who has an interest in anything. Not exclusive for creatives and suits sipping lattes whilst overlooking the Thames. Using SXSW’s own mission statement, we got inventive. We gave away 2 platinum tickets to those that wanted it rather than being selectively biased. Myself and our head honcho, Mark, had the pleasant task of selecting the most eager TMSers who proved themselves in the most imaginative ways. The lucky 2 were Victoria Foy and Lilly Chambers from our design team. They produced a hilarious SXSW music video to the tune of Dolly Parton’s 9 to 5. Their chemistry, as well as their want for an all-expenses-paid trip to the USA, was second to none. To paraphrase Mark, these 2 would completely milk every second out of the festival. He was not wrong.

Armed with our South-By Bucket Lists we hit the streets of Austin as hard as we could. Creativity was the intent and it was rife and infectious. Spoken with pride as the last bastion that the robots can’t touch. In this Glastonbury of creativity, the ideas, inspiration and aspirations could be found in every direction. From ethical VR storytelling to ways in which we can all reduce the gender pay gap. And let’s not forget the name dropping of guests that James Corden would be proud of; Musk, Spielberg, Khan, Sanders, Aronofsky, Nolan, Cue, T, Common… and many, many more! True innovation was harder to find, but still amazed. The highlight for me was that of the Reeplicator – The Reeps One AI driven beatboxing rival. 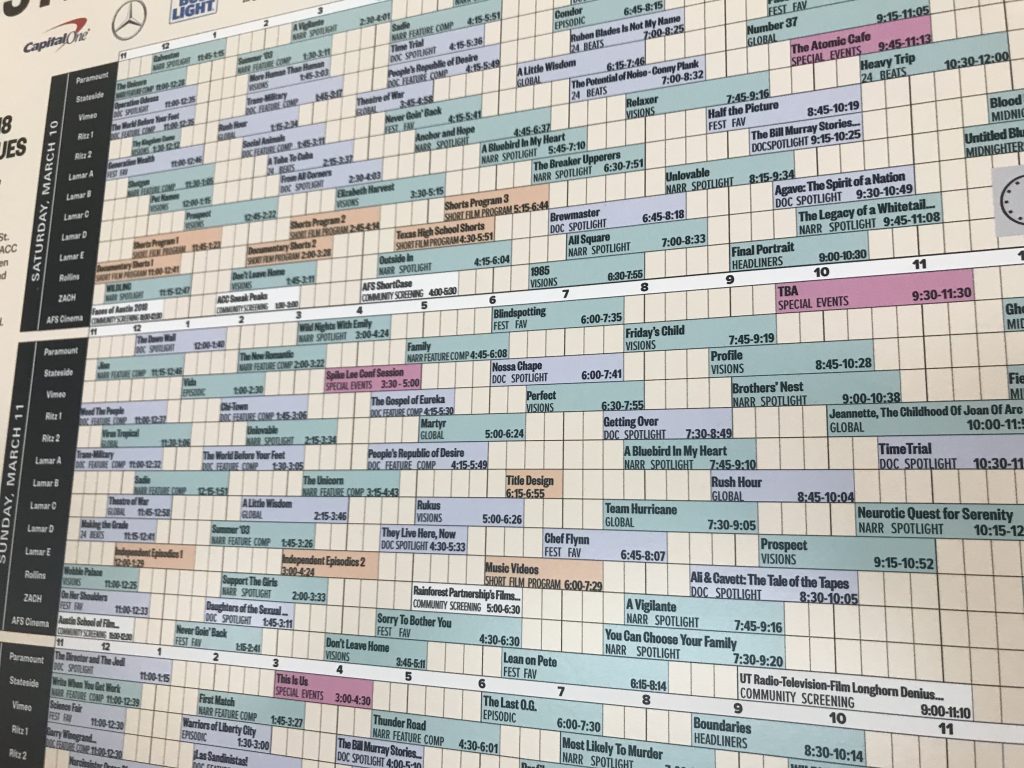 I could talk with the utmost enthusiasm and respect about the 54 events that we attended. I won’t because all is available on the official website http://sxsw.com. This may be my first South-By and granted I should have taken the opportunity to go sooner, but it’s a relief not being able to compare on previous years’ judging by some of the agency boycotts this year; because the BBQs were damn good and the atmosphere… positively overwhelming.The main theme of the festival above creativity was Global Connectivity. I for one have never seen this in action more than at SXSW.

The people I met, including our TMS Chicago counterparts, all flowed through the events and streets with a smile and a sense of joy. This is where like-hearted strangers became friends. Most of these connections were led by the connective force of Victoria and Lilly. Their transparency and honesty coupled with their friendship attracted the most diverse and interesting of characters. My favourite being officer Chris of the Austin Police Department. I would akin them to some kind of adland pied-piper duet. The people all around us shared our pain in a queue and our delightment of a BTTF DeLorean. This is what I have been missing out on when reading the blogs in previous years. It should not, of course, come as a surprise. The transparency of people (including the clients of our brands) is not a new concept. It’s an ever-increasing theme in the current climate of personal data and fake news.

We are all seeking the truth in what we view, read and buy.

With transparency comes trust, regardless of it being positive or negative in sentiment. Don’t you continue to trust your best friend even when they do something you don’t agree with, but they tell you anyway? This was Sadiq Khan’s analogy when describing London’s relationship with Donald Trump 😄. Trumps aside, most of us as humans will trust, as long as we attempt to be truthful. Brands can’t hide who and what they are, but we can create connections with them if they treat us like people… as we treat each other. 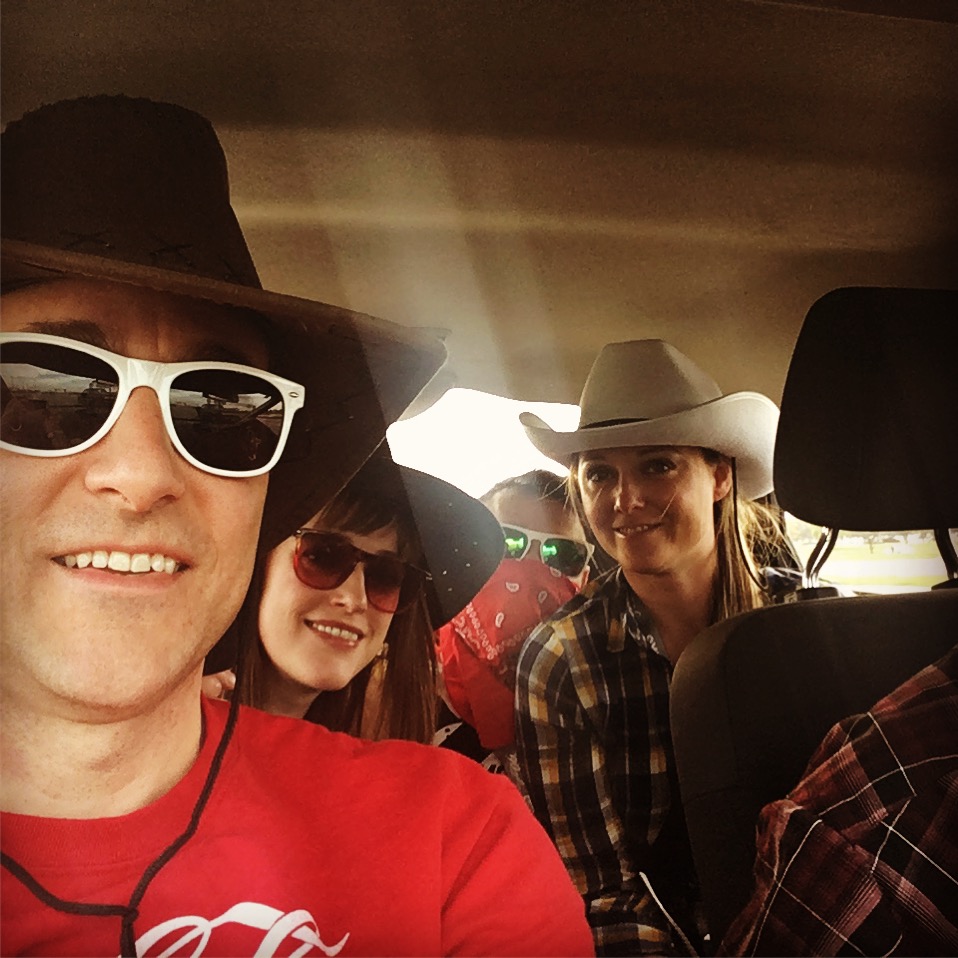 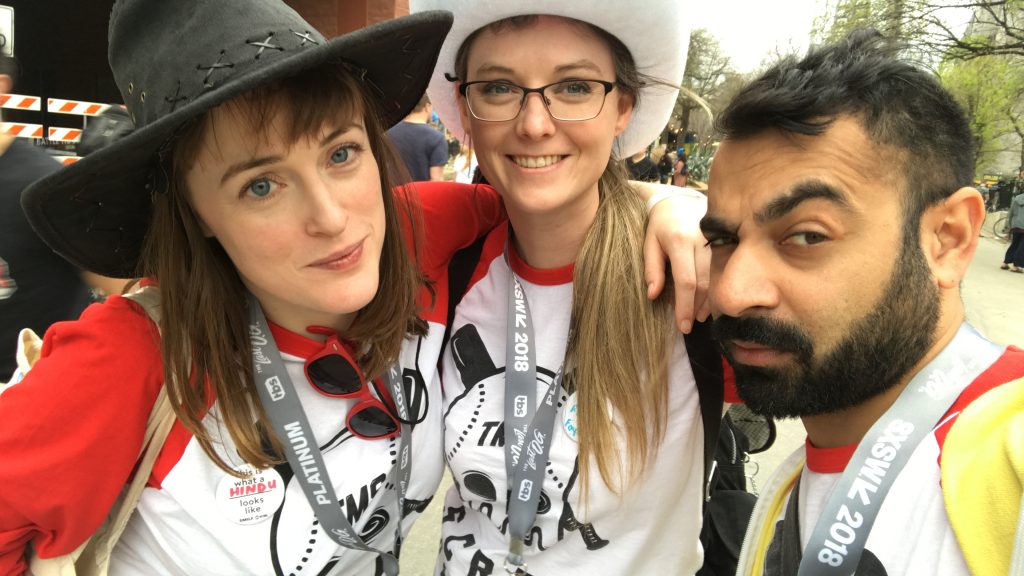 We definitely did not travel to SXSW for the information and the free beverages alone. But we brought back with us a sense of momentum to help evolve and change our agency culture. Us at TMS should all be a little bit South-By and all live a little bit like Victoria/Lilly. Our peers and our clients are our daytime families and it’s easy for us to fall into a trap of just doing the work. But, we’ll endeavour to act like strangers in a queue sharing a gin and sprite in everything we do.

P.S. If I go again, I must remind myself to tell the MD to switch his sunglasses to 3D glasses before and not during the 8K cinema demo… and with that mistake went the payrise! Onwards to Austin, 2019!

END_OF_DOCUMENT_TOKEN_TO_BE_REPLACED

Get closer
to the ideas, people and results that matter.